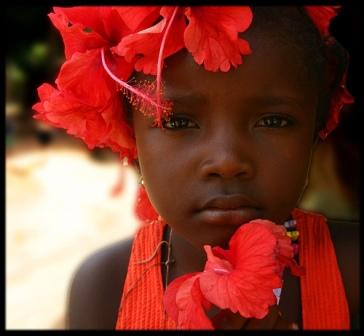 USA-based Clitoraid, a non-profit organization launched by the spiritual leader Rael, announced today that it will not only sponsor a number of events around the world for Feb. 6, the United Nations-designated worldwide “Zero Tolerance Day” for the practice of female genital mutilation (FGM) but will also promote the idea to go one step further and declare this day, 'Healing Day'.

“There are more than 130 million women in the world who have been mutilated. To prevent this barbaric tradition to happen ever again is definitely important but we must think of all the women who had an organ removed and who are still suffering now, physically and psychologically” declared Nadine Gary, spokesperson for Clitoraid. “It is possible today to repair the damage done by the mutilation and to not only restore these victim's dignity but also their sense of pleasure! The laws exist that will punish those who still dare to cut children again, let's now devote more efforts towards helping the victims and giving them their life back!”

Since 2006 Clitoraid has been able to train several doctors and have surgeries performed on many women in France and in the USA. “All of our patients have reported improvements after the surgery and about 60% of them have experienced orgasm which they thought would never happen for them ever” explains Nadine Gary. “ We are now half way through the construction of our 'pleasure hospital' in Bobo Dioulasso, Burkina faso, where we will welcome women of the area and of West Africa to be repaired for free” adds Gary. “This is our main goal as too many women cannot afford to have this surgery done, it would take several years of their wage but they are hoping and waiting for us. ClitorAid Report

Clitoraid officials have long claimed that the best way to have the practice of FGM stop is to show the old women who still practice it in the dark that it is a waste of time as the victims will be repaired anyway. “Because we have no tolerance for debilitating tradition, we don't only denounce it, but we act, we repair the damages, we heal the wounds made by stupid traditions and we show the world that science is the only option to remove darkness” comments Brigitte Boisselier, PhD, head of Clitoraid and spokesperson of the Raelian Movement. “This is one of the main teachings of my spiritual leader Rael. It is of no use to cry when one sees sad events happening, we have to laugh about it and get the energy to repair it if it is possible. It is possible to heal 130 million women who deeply suffer today. We deeply hope that many will help us to heal the world and join our 'Adopt a Clitoris Program.”